After a collective 46 years of devoted work at Damuth Trane Doug Schmidt and Suzanne Scheier are preparing to retire in August 2016. Doug Schmidt, Westside Service Technician has committed 18 years of exemplary work at Damuth Trane. Suzanne Scheier, Start-Up & Warranty Administrator has dedicated 28 years of exceptional service to the company. The Damuth Trane Team congratulates both individuals as they enter well-deserved retirement.   Doug Schmidt is originally from South-Central Pennsylvania. He joined the United States Navy in 1959 where he was stationed on a guided-missile destroyer in Mayport, Florida. Schmidt was honorably discharged in 1963 as a Machinist Mate Second Class. He began his civilian HVAC career with York in 1964. He was a part of the development of the York Marine Division in Norfolk. After 15 years employed with York, Schmidt moved on to work with other large contracting companies including Carrier. He joined the Damuth Trane Team in 1998. During his time at Damuth Trane, Schmidt was responsible for providing service for clients in Chesapeake, Franklin, Isle of Wight, Southampton, Suffolk, and Surry Virginia. Schmidt looks forward to his next chapter which includes spending time with family. He has three children, three grandchildren, and anticipates that they will keep him quite busy.   Suzanne Scheier joined Damuth Trane in 1988 as a part of the Administration Team and later moved to the BAS Contracting Team where she helped launch many new customer offerings including controls. Scheier has been recognized for her diligence and efficiency throughout her career with Damuth Trane. She has received internal and external kudos on numerous projects. Before her last day Scheier sent a company-wide email stating “I will miss you! These past 28-years have been memorable and I am a little sad to be leaving. I have had some long and meaningful relationships with many of you, but I’m not moving away, I’m just moving on. Please stay in touch!” Scheier plans to enjoy her summer by trying new activities which include working with her son at his Real Estate Business. She also intends to continue the engaging mission of ministering to women in jail and the community. “We appreciate the dedicated works of Doug and Suzanne. We wish them both well in their respective next chapters. They’ve brought great experience and perspective to our team. We are fortunate to have had them aboard. Suzanne and Doug will certainly be missed” Clint Damuth, President says in regards to the recent retirements.   Coworkers celebrated Doug Schmidt at an offsite gathering on July 19th. An internal retirement luncheon was held honoring Suzanne Scheier at the Damuth Trane Office on Friday July 29th. Friends, coworkers and well-wishers were in attendance at both events. 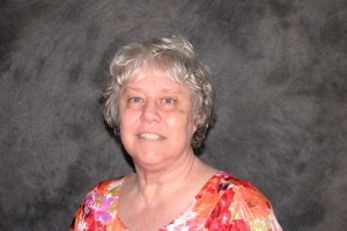