Clint Damuth, President of Damuth Trane, celebrated his 30th anniversary with the company on September 12, 2019.

While his ‘official’ start with the company was in 1989, Clint began working for the company in 1977 as a high school student, both as a Parts helper and as a Service Technician assistant until he finished his education. Clint went on to receive his bachelor’s degree in communications from Virginia Tech and earned his master’s in business administration and international marketing from Old Dominion University. In addition, he later became a graduate of LEAD Hampton Roads, class of 2006.

Over the years, Clint has held several other positions within the company including Service and Building Automations Systems Manager, Service Sales Supervisor, Parts Manager, and Director of Marketing.  Following in his father Don Damuth’s footsteps, Clint became the President and General Manager of Damuth Trane in the year 2000. In 2016, he was named the official franchise holder for the Hampton Roads Virginia Commercial and Industrial District by Trane; a division of Ingersoll Rand.

As the president of the company, Clint’s goal is to help associates grow both personally and professionally. In turn, the hope is that this investment will instill a sense of service and duty in each associate to the local community. Clint is very active in both professional and community organizations; he is always happy to give back where his time and talents can be used.

Professionally, Clint is a member of Old Pont National Bank’s Southside Board of Directors and former President of the National Association of Trane Franchise Holders from 2016-2019. He was also a member of the Hampton Roads Chamber of Commerce CEO Nominating Committee and previously sat on the advisory board for the TCC Career Center for Women’s HVAC Program. In the community, Clint enjoys volunteering at his local church through music ministry and administrative support, as well as participating with his family in events with organizations such as Families of Autistic Children in Tidewater (FACT), United Way of South Hampton Roads, and the Academy of Music, among others.

Clint and his wife, Peggy, have been married for over 25 years. Together they have two children, Lauren and David, as well as a dog, Harley. In his free time, he enjoys playing the guitar and piano, going golfing, surfing, and boating. On his 30 years with Damuth Trane, Clint remarked: “I’ve been blessed in so many ways in my life, both personally and professionally. I’m proud of my family at home, and the family of people that have made Damuth Trane serve our clients and community with excellence.” 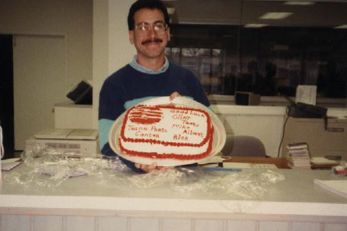 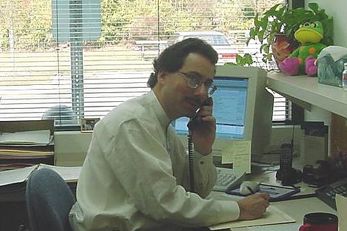 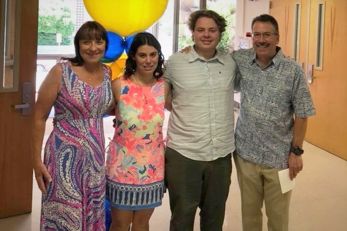