Damuth Trane welcomes our first three apprentices to the team! The Virginia Registered Apprenticeship program is an employment training model that produces highly skilled workers to meet the demands of employers competing in a global economy, through a combination of on-the-job training and related technical instruction. It is a “win-win” approach to workforce development for apprentices throughout the Commonwealth.

Congratulations to Kevin Elliott, Holly Dawson and Ted Eberhart as they embark on an educational journey to a rewarding career in HVAC.

Kevin is a career transitioner. He initially joined Damuth in February 2018 as a Shop Technician after working in the culinary industry for over 20 years. Kevin began his new chapter by providing direct support to the Service Team. He ensured the shop was organized and materials were delivered. Now he will be working alongside the service technicians he supported.

Holly and Ted are both recent high school graduates that have elected the apprenticeship path to become highly skilled tradespersons; HVAC professional are in high demand. Holly graduated York High School in June 2018. She joined Damuth as a summer intern before her promotion to apprentice. She has assisted the Trane Parts Center Team with inventory management, warehouse administration, and showroom stocking. Ted graduated from graduated from Kellam High School June 2018; he was hired as an apprentice shortly after receiving his diploma.

According to the Bureau of Labor Statistics “Employment of heating, air conditioning, and refrigeration mechanics and installers is projected to grow 15 percent from 2016 to 2026, much faster than the average for all occupations.” Damuth Trane reviewed over 200 applications in the apprentice selection process. We look forward to developing our first group of apprentices.

If you are interested in joining our team or learning more about the next iteration of the apprentice program, please visit the careers page. 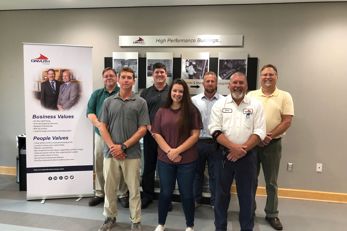 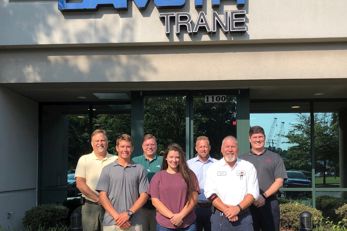 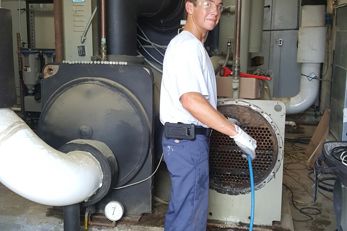